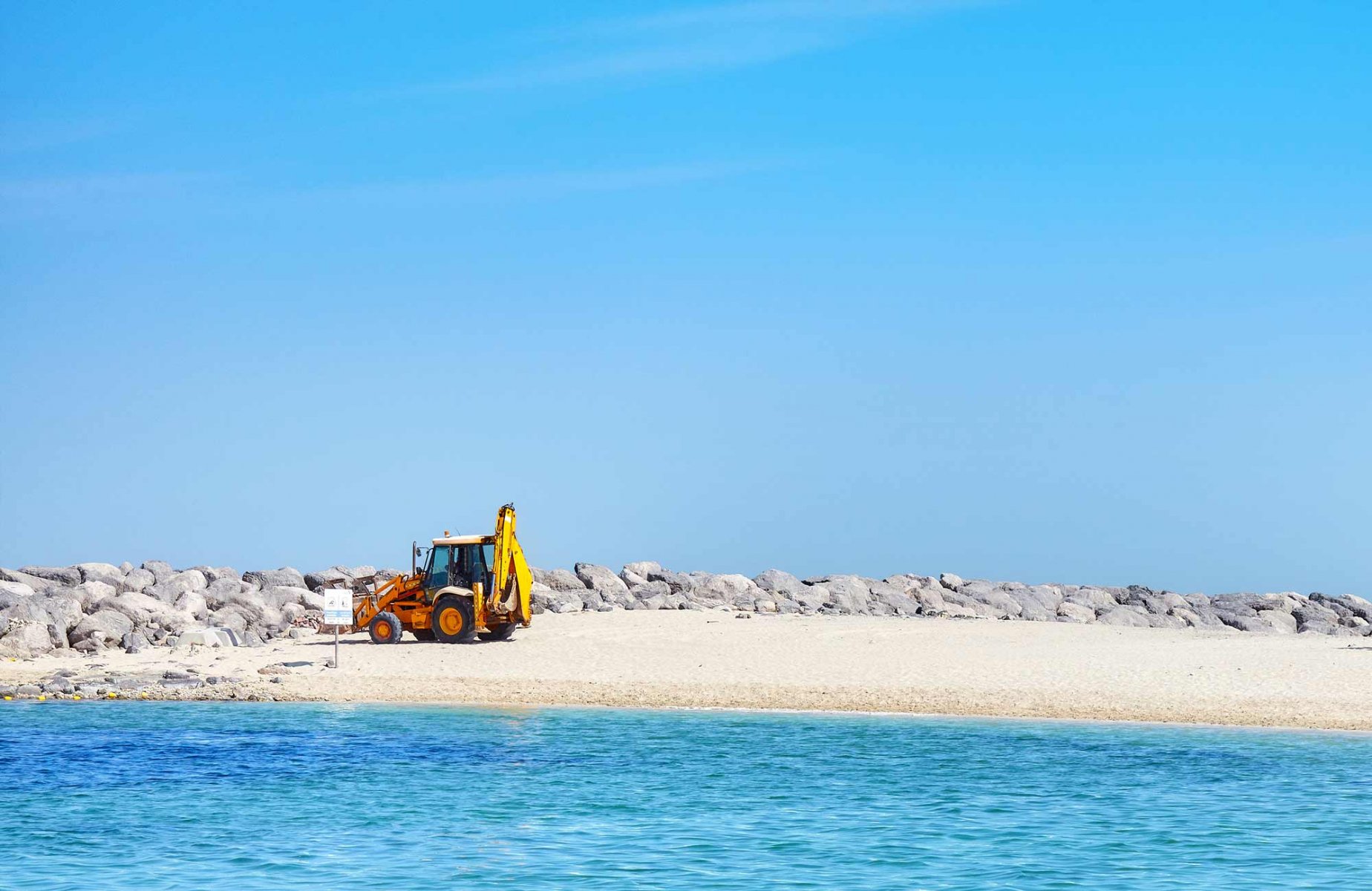 Article by KEP Services Caterpillar Parts in the UK

Many people are not aware of the value of using construction equipment and vehicles to protect workers and give an excellent quality to their completed work. Construction sites could not get anything accomplished without the various construction vehicles and equipment. It is not humanly possible for workers to lift tons of weight without the assistance of valuable, heavy equipment and vehicles.  Whether workers are constructing a towering office building or building sites with homes,  a large civil or commercial project requires construction vehicles to get the job done and keep their workers safe.

Construction work covers many different requirements whether it’s dumping, lifting, or moving heavy loads. You need the right vehicle and machinery to get the job done. It doesn’t matter what the size or scale of the towing will be, you need the right equipment to get it done in a timely manner. There are well over 19  different kinds of construction vehicles and equipment that are absolutely mandatory for all sorts of industries.

In this article, we are going to talk about all these construction vehicles and the role each plays in starting a construction project to the final steps when the entire plan has come together.

During construction assignments, you will need a variety of equipment and vehicles on the site. Here is a list of needed equipment, what parts they play, and when they are needed. Construction sites could not get anything accomplished without the various construction vehicles and equipment. It is not humanly possible for workers to lift tons of weight without the assistance of valuable, heavy equipment and vehicles.  Whether workers are constructing a towering office building or a city block of office buildings,  all large civil or commercial projects require construction vehicles to get the job done and keep their workers safe.:

These trucks are also considered to be a workhorse among vehicles. Dump trucks can bring needed materials to a construction site as well as tow debris away from the site. There are several kinds of dump trucks including:

The bulldozer is probably the most utilized workhorse on a construction site due to its extraordinary strength. In simple terms, the bulldozer is a large tractor with an enormous blade attached to the front. These vehicles can lift and remove enormous weights of sand, debris, and soil.

Due to their design for gripping the ground, they can move over most terrains easily.  Their wide tracking ability can cover a vast area in a timely manner.  By distributing the weight of the vehicle, the applied pressure is decreased greatly.

Bulldozers have a torque divider that will transform the engine power allowing for dragging abilities and can tow very heavy loads easily. They are commonly used to clear roads, remove large obstacles, trees, debris, etc. They are often used to dig trenches for farming as well as for the military.

Also known as articulated trucks. These huge trucks are for mining operations where huge amounts of aggregate must be hauled away. They are perfect for off-road operations for moving over very rough terrain.

These trucks move faster than other trucks for unloading large amounts of debris. They are used on sites where there is a great deal of space to move around due to their length. These trucks can tilt on the side for dumping but have a much lower risk of tipping over.

These trucks are used more than any other dump truck on a construction site. They have excellent maneuverability but cannot be used on soft soils.

Backhoes are used on sites to move soil. They can be mounted on a regular tractor or a front loader. They are commonly used to dig trenches or ditches for laying down cables, foundations, and pipes. They can also be used to excavate dirt or move snow.

Backhoes can travel to construction sites where other vehicles cannot go.  They are perfect for cleaning construction sites, digging up deep-rooting trees, and their roots. These same trucks can also be used to plant trees and dig post holes.

Front loaders are also known as bucket loaders, front-end loaders, or scoop loaders. They are very much like bulldozers just further off the ground. They have enormous wheels that make this vehicle perfect for covering extremely rough ground. They have moveable arms with a square bucket to transport material from one place to another. They also have interchangeable tools including forks or other buckets.  Front-loaders are commonly used for moving dirt on construction sites and for road work. They are also used for moving building materials including bricks, pipes, and digging tools. In some cases, they are utilized to remove snow.

Also referred to as road graders or motor graders, they are equipped with a long blade and their purpose is to remove small amounts of dirt to create flat surfaces. Graders are often used for constructing roads as well as for the maintenance of gravel or dirt roads.

Graders are used for preparing the base court of paved roads in order to create a wide flat surface where asphalt will be poured. They are also the chosen tool to set native soil foundation pads before constructing large buildings.

Trenchers are used for a number of purposes making this equipment very versatile. Due to its flexibility, it is very popular for digging trenches, laying pipes, installing drainage, and preparing trench warfare.

There are different kinds of trenchers including:

Chain trenchers are created with a toothed metal wheel and are used for cutting pavement during road maintenance.

Forklifts are very important and powerful construction equipment. They are used to move heavy loads around a site or a warehouse. They lift and transport objects that a human cannot move. A forklift is an indispensable piece of equipment on any site.

There are several kinds of forklifts with each having a different load capacity. They range from simple pallet jacks to an industrial telehandler to move loads that are unreachable by a wheeled loader or backhoe. Most telehandlers use a computer that has sensors to monitor the vehicle. The different kinds dictate the maximum weight they can deliver.

The operator can tilt the forks and blades to compensate for loads that angle the blades toward the ground and increase the risk of slipping.

Mixing trucks combine cement, sand, or gravel along with water to form concrete.  The mixer has a revolving drum mounted on the truck that mixes the components.

When a smaller amount of cement is needed, a portable concrete mixer is used. It offers the workers enough time to use the concrete mixture before it hardens.

These trucks are pulled by a separate trailer. They come with a movable cargo container which will greatly increase the load capacity without having an effect on its maneuverability.

These vehicles are created with a toothed metal wheel for cutting pavement during road maintenance.  Many construction companies use wheel trenchers to have access to underground road utilities.

These trenchers are used in urban areas requiring construction work.  They are designed with a cutting wheel to cut micro trenches instead of constructing large trenches.

As the name suggests, loaders are used to load materials. They are used on construction sites to load and move construction materials around. Some materials include dirt, snow, asphalt, demolition debris, recycled material, rocks, and gravel.

Loaders can be either wheeled or tracked. Wheeled loaders are like mobile shovels used to transfer material from stockpiles on the ground or to trucks for transportation around the construction site. There are different types of loaders including bucket loaders, skid-steer loaders, payloaders, and scoop loaders. Each loader serves a different purpose.

Loaders can be either permanently mounted or have removable attachments. The bucket can be expanded as well.

Crawler dozers are the most powerful construction vehicles anywhere. They are tracked vehicles that are extremely stable. They have a variety of blades mounted on the front to move materials around. They are often used for work consisting of laying new roadways or removing overburdened mining operations. The smaller crawler dozers are used as grading tractors or for automated grade control for establishments of complex contours.

If you do not have good soil compaction, you could have erosion issues in the foundation, pipe breaks, leaks, and slab cracks. This can result in structural failure and an increase in the cost of maintenance. A compactor is a very important construction vehicle that is used to compact soil. No matter the size of the construction project, a compactor is an important vehicle for construction sites.

Cranes are a common sight on construction sites. They are created with pulleys and cables that will lower and lift loads beyond human abilities. Not only do they lift and lower materials, but they also move material horizontally. Many construction companies use cranes to help move heavy materials that workers cannot perform.

Cranes can remain in place or move around. Mobile cranes have large wheels for stability and support the crane while it’s raised higher while holding a heavy load. Towering cranes are commonly used in the construction of tall buildings.

Excavation is continually active at all construction sites. As excavation can be expansive,  heavy equipment is required. Excavators are one of the most valuable construction vehicles needed during that time.

An excavator has a bucket, boom, dipper, and a cab located on a rotating platform. The house sits on the top of the tracked or wheeled undercarriage and comes in various sizes.  The smaller compactors are called compact excavators or mini excavators.

Excavators are used for digging holes, trenches, and foundations, having a hydraulic hammer makes them more efficient and effective than other excavation equipment. Mostly, they are used in industries such as mining, construction, forestry, demolitions, dredging rivers, or lifting heavy objects.

These machines are used to convey materials from one place to another. They are used to move materials of any shape, size, or weight. Conveyor systems are used in various industries including agriculture, automotive, mining, electronics, aerospace, pharmaceuticals, food processing, print finishing, bottling, canning, and packaging.

In many cases, the shaft of the conveyor is braced by wheels that allow the operation of the shaft around a construction site. Wheeled conveyors are seen around most sites to move large, bulky stones, and bricks from one place to another.