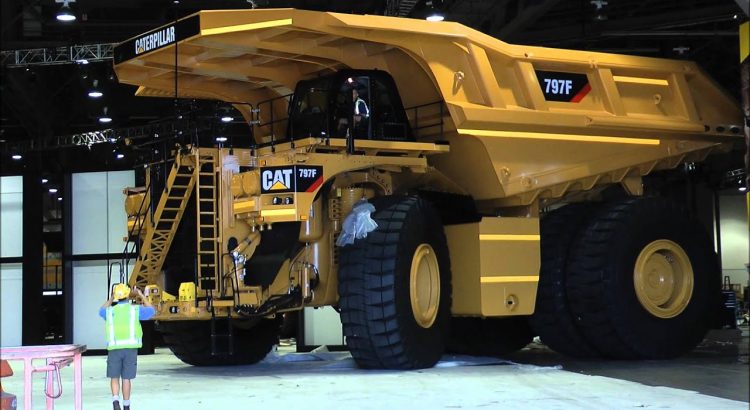 Caterpillar heavy equipment is the go-to machinery for all types and sizes of jobs, irrespective of the industry. They are widely used in landscaping, materials handling, and paving industries. Other top sectors using the Cat heavy equipment and Caterpillar parts include the mining, agriculture, and heavy construction industries.

Interestingly, almost all the biggest construction projects in the world involved the use of Caterpillar machines and Caterpillar parts, from the Olympic games to the installation of electric lines and power generation, as well as dams, canals, aqueducts, and waterways. Cat heavy equipment has also found immense use in the Olympic Games, massive excavation, air and rail travel, underground and undersea cables, and oil and natural gas pipelines.

Moving forward, let us take a quick look at some of the projects and sites where Cat Machines and Caterpillar parts were indispensable in construction and reconstruction.

Talking about massive excavation, about 3.7 million cubic yards of rock was removed from the core of the earth using Cat machines, thus giving way to the 1,244 ft long and 726 ft high dam.

These projects started n the 1950s in Antarctica, and to date, researchers and engineers rely on Cat equipment for sustenance.

Several new roadways were built using Cat equipment and Caterpillar parts, notably the 1,600 miles of Alaskan Highway, the Andes Mountains highways in Venezuela, the Pan-American highway connecting South and North America, and some sections of the Autobahn, among others.

The Australian Hydro Electric project lasted for 25 years, and the biggest tasks were completed using Caterpillar equipment. These include the construction of pipelines, tunnels, and aqueducts of over 140 miles, seven power stations, and 16 dams.

Arguably the biggest sporting event worldwide, the Olympic Games successes between the 19th and 20th century were due to the contributions of Caterpillar. These include the 1956 edition in Australia, 1960 in California, and 1966-1968 in France. The 1971-1972 editions in Germany, Spanish edition in 1992, 1994 edition in Norway, and the 2002 outing in Utah were all made possible with Caterpillar equipment. The same trend continued for the 2001-2004 editions in Greece, as well as 2004-2008 editions in China.

The French and English agricultural sectors demanded Cat Machines for its operations between 1914 and 1918. However, the governments deployed them towards the hauling of weapons and equipment during the war.

Between 1941-1945, Caterpillar produced over 50,000 track-type tractors. It was able to achieve this by keeping their factories running throughout the week and doubling its human resources.

Popularly referred to as one of the engineering miracles of the world, the Golden Gate Bridge was constructed with the help of Caterpillar machines.

Popularly considered as the most ambitious American public project, Boston’s massive project has been on since 1993 and to date. Caterpillar machines, used cat parts and tractors have been pivotal to several parts of the project, including the excavation of about 16 million cubic yards of dirt, delivering 3.8 million cubic yards of concrete on-site, bridge construction and expansion, massive underwater tunnel reconfiguration, the relocation of over 25 miles of utility infrastructure, and the creation of 300 acres of new parkland.

Highways of about 42,800 miles have been constructed using different types of Cat equipment. This translated to a more efficient interstate highway system that ensures swift and easy drive-throughs across every nook and cranny of the United States.

When Europe needed a 32-mile underwater rail tunnel that will link France and England, the best heavy equipment that could handle such a massive project were Caterpillar’s. The creation of this tunnel ensured that traveling between these locations was much faster compared to using a ferry.

The original construction of the World Trade Center in the 1960s and 1970s was made possible by Cat machines. Likewise, they contributed to the rebuilt after the 2011 terrorist attack on the massive complex.

In 1969, NASA needed to maintain constant communication between its worldwide tracking stations and Houston. This was needed to ensure the safe landing of Apollo 11 on the moon. Cat engines came through, and in addition to ensuring a safe landing, the engines made it possible for everyone to listen in to Neil Armstrong’s popular words from the moon.

The first tractor that climbed and reached the summit of the famous mountain, Pikes, was made by Caterpillar. The 14,109-feet high mountain was conquered in 1919 courtesy of the special Caterpillar tractor designed to operate at that altitude.

Pipelines are quite significant – they transport oil and natural gas. Several Cat Machines have contributed to the building of thousands of miles of pipelines, including the 989-mile line that travels through the Great Lakes, the 2,250-mile Trans-Canada line, the 280-mile through the Alpine Mountains, and the 2,600-mile connecting New York and Houston, among others.

This blog is brought to you by Kep Services in the North East UK suppliers of Cat parts used and reconditioned.