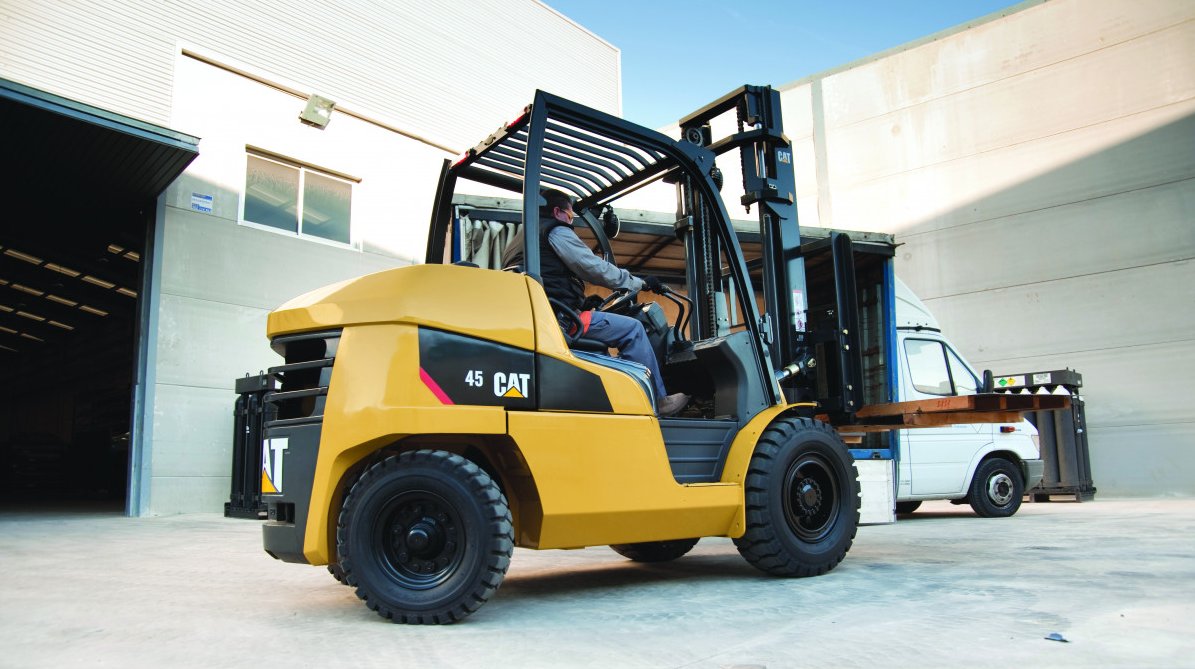 A forklift is a prominent construction equipment. These powerful lifting and moving machines are specially built to move materials in, out, and around the construction site. The forklift is sometimes referred to as a fork truck, forklift truck, jitney, or a lift truck.

Whatever you choose to call it, a forklift is easily identified by its two-pronged forked front attachment, which is used in lifting materials.

This industrial vehicle often lifts heavy materials from a pallet or a wooden platform to another platform or pallet. It can lift items up or down. You may argue that other construction machines, e.g., a telehandler, can be fitted with a forked attachment to perform similar roles. While that is right, the forklift is more preferred because it is more suitable for frequent material-moving projects. 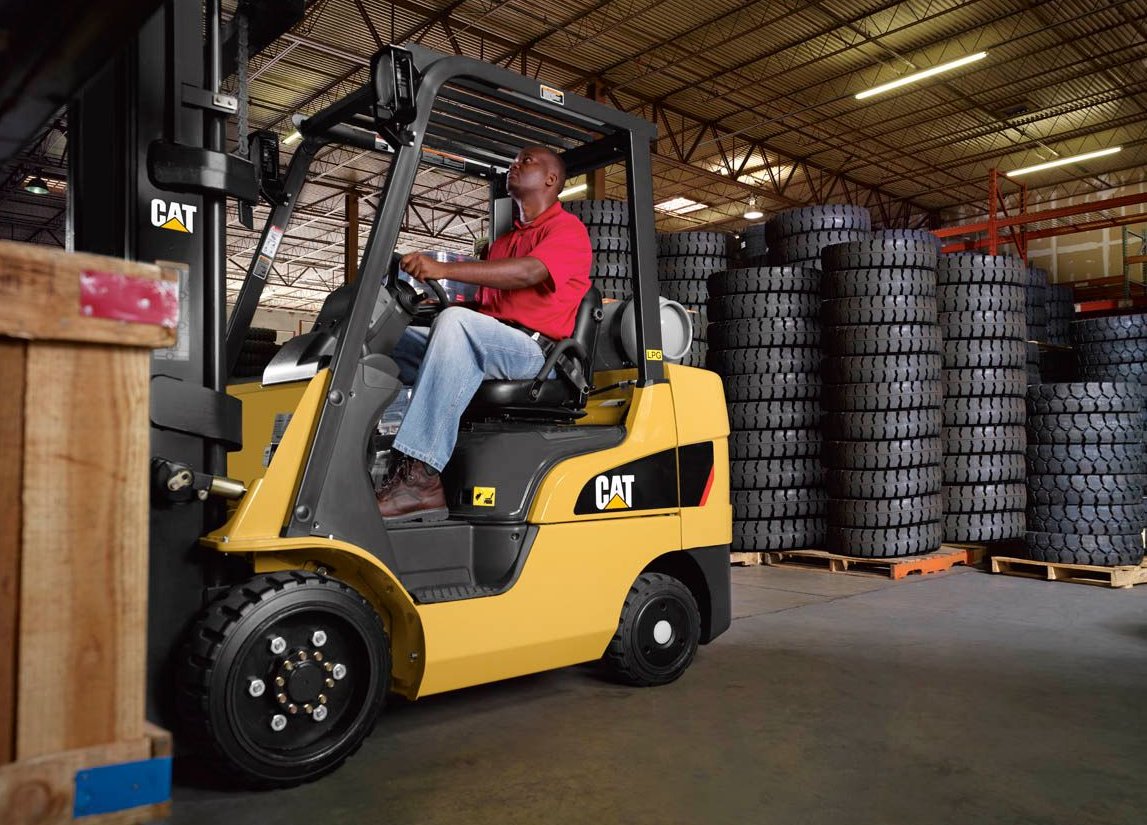 How is a forklift used?

The exact use of a forklift depends on the type. However, you can use a forklift for lifting, transporting, or moving materials around.

Forklifts help to move materials across distances and sites. From wood to bricks, tiles, and other construction materials, forklifts can lift all of these from a pallet and deliver them to another pallet. These items are often packaged together for easy shipping. However, on delivery, a forklift is required to move them separately to their points of use.

Warehouses are special storge for bulk products packaged in readiness for shipping. Forklifts are very useful in warehouses – 2x more helpful than on construction sites. With a forklift in place, you can move and load materials quickly from the warehouse to a construction site. Working with a forklift increases efficiency and productivity, making them valuable equipment to have on-site. 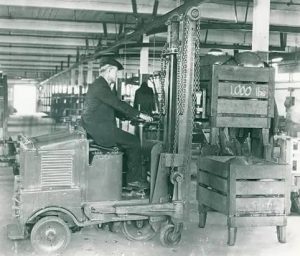 What brought about the forklift?

The forklift is old heavy equipment, dating as far back as 1887. The first-ever version of the forklift was called a lift truck. But the lift truck had a predecessor – the pallet.

The pallet also called a skid, is a major player in the industrialization of the United States. It helped site workers stack and transport materials and items across the sites. The first lift trucks were used to lift pallets off the ground, although only by a few inches.

Lift trucks – the clumsy version of the forklift – was later upgraded and made more powerful. The first upgrade came in the form of the platform truck – an advanced lift truck that could move luggage off and on trains. It was invented in the first decade of the 1900s by the Pennsylvania Railroad. There was even much higher demand for the forklift in the second decade, especially during World War I.

The role of forklifts in the first world war

The unavailability of the European labor force – who are away fighting the war – led to an increased demand for forklifts. There was no doubt about how helpful a powered machine capable of moving large quantities of materials across distances can be. Forklifts helped in the transportation of clothing, food, and even weapons from warehouses onto trains and trucks in the absence of the warehouse workforce.

With time, forklifts were adopted in shipping houses and factories. The US fork truck market became even prominent in 1920, after the entry of the Yale and Town Manufacturing Company and the Towmotor Company.

Founded in 1919 by Lester M. Sears, the TowMotor Company first came to light for inventing a gas-powered tractor with forklift capabilities. The company came up with the first industrial forklift in 1933. This was followed by even more advanced forklift models capable of handling 1,500-15,000 lbs. Caterpillar Tractor Company acquired TowMotor in November 1965.

Linus Yale Jr. and Henry Towne came together to establish Yale and Towne in the late 1800s. The company started with the production of locks in Stamford, Connecticut. However, by 1920, they produced their first-ever forklift, which led to a change in name from Yale and Towne to Yale and Towne Manufacturing.

The company went from battery-powered low-lift platform truck to light-lift platforms. It even became the first company to produce a lifting truck with tilting forks. The Yale Materials Handing Corporation currently offers tons of electric and engine-powered material handling machines for different purposes.

More improvement of the forklift

The most significant move in the forklift development timeline was the invention of the hydraulic-powered lift system. This technological advancement meant machines are more powerful and could lift more weights and go higher heights. The increasing popularity of standard pallet sizes also made the development and application of forklifts even more straightforward.

World War II came with an even higher demand for forklifts. It also signaled the invention of more efficient storage methods in warehouses. In fact, it is safe to say we got the current storing practice – the use of forklifts in almost all storage facilities and warehouses – from the Second World War.

After the second world war, manufacturers focused on improving comfort, expanding lifting capacity, and minimizing emissions as the only upgrades to the forklift. We currently have forklifts running on fuel cell technology, models with ergonomic cab designs, and even models that work without electric power.

What are the various kinds of forklifts?

As mentioned earlier, forklifts come in different forms. We have the side loaders, counterbalance forklifts, warehouse forklifts, and industrial forklifts. There are forklifts made especially for rough terrains and those with cushion and pneumatic tires.

Hyster was established in 1929 during the Great Depression. It started out as a logging equipment manufacturer serving the Pacific Northwest. Hyster trucks help loggers move and lift equipment.

The goal was to limit the number of employees required to move a bunch of material. Hyster kept working on the plan until World War II when it had the perfect opportunity to prove itself. The company produced equipment for both the British and American armies for moving goods, weapons, and materials.

Hyster has continued to develop into a global brand known for the best forklifts around today.

As previously mentioned, Yale was a lock company in the late 1800s and didn’t build its first forklift until 1920. Since then, it has developed several forklifts, from 3,500 lbs to 35,000 lbs. Yale produces forklifts for various purposes – there are models for docking, farm work, construction projects, and even warehouse needs.

JCB was founded in 1945 by Joseph Cyril Bamford. In 1997, the company pioneered the idea of the telehandler. JCB is currently one of the most known equipment manufacturers globally, offering over 2,000 dealer locations across more than 150 countries.

JCB is known for two forklift types – the rough terrain forklift and teletruk industrial forklift. The teletruk can be described as a forklift, skid steer, and telehandler all in one. The combination makes a telehandler-like outward reach possible while providing the feel of a skid steer cab or regular forklift. It also spots wheels similar to that of the regular warehouse forklift.

JCB recently released a new electric model f the teletruk to add to its diverse machinery and construction equipment line-up.

How versatile is the forklift?

It is possible to see the forklift as more suited for the warehouse. But in reality, it is quite useful in the construction industry. Forklifts help to load supplies for shipping to a construction site. It comes in handy for staking all types of materials – bricks, timbers, plastics, and more.

These heavy machines make it possible for construction industries to receive large orders of materials, worrying about how to move them. It also makes construction and building projects easier, more efficient, and better managed.

The forklift is here to stay in our commercial and industrial industries. But what or who exactly do we have to thank for that? Our best guess is the World War I, or better still, the pallet.